WordPress 4.0: What You Need to Know

There’s little doubt that WordPress completely revolutionized the field of website design. Debuted in 2003, today the open-source blogging tool and content management system is the basis for 22 percent of the top 10 million websites—more than 60 million sites in total—making it the most popular blogging system in use. And as would be expected, the original WordPress program has been enhanced and improved over the past decade, with programmers adding loads of additional plug-ins and designers continually streamlining the platform for easier and more intuitive use.

With the roll out of the latest version—WordPress 4.0—program designers made much of the fact there would be dramatic, watershed changes rather than just a set of simple upgrades or bug fixes. And while there are indeed some wonderful new things to be excited about in the newest version, some industry insiders are quick to note that expectations have heavily outweighed realities.

For the many non-profits who depend on WordPress for its attractive price tag—free, of course, for the basic version—here are some things to get you energized about the platform’s newest incarnation, as well as some elements to be aware of if you plan on upgrading from your current version.

Language
Previously, if you wanted to install WordPress in other languages you would have to install a localized version of the program or manually upload translation files. Now, users can choose their desired language as the first step of the install process, and the rest of the process will proceed in that language. Additionally, 4.0 allows users to switch or change the site language via the admin area by choosing from a drop down menu, and will be able to search for plugins and themes in their selected language as well.

View
Media Grid view, which in previous versions was a stand alone, is now part of the core operating system of WordPress. It allows users to view their media library in a grid format, providing a faster way to manage files and allowing for easier browsing via a modal popup utilizing the arrow keys.

Editing
There are some great improvements to post editor, the highlight of which is in the menu bar, which will now stick to the top as a user writes a post—no more scrolling to click buttons. Also, the editor will now resize itself as the user types, providing a much more seamless writing experience. Another nice enhancement is that users will be able to see the actual embeds in the post when they paste in a URL from a supported site like YouTube or Twitter.

Themes
Version 3.9 added widgets to the Theme Customizer. Now, widgets are moved to their own panel, which is much more convenient.

The upgrade process will affect all files and folders included in the main WordPress installation, including all the core files used to run WordPress. So if you’ve made any modifications to those files, your changes will be lost.

Some users have already reported that, after upgrading to 4.0, some of their previous posts disappeared. So be sure to back up all your content before beginning the upgrade.

There may be some issues with theme capability as well as user-added plugins during the upgrade process, so keep track of what you’re using in case they need to be reinstalled.

To be really safe, some veteran WordPress users set up duplicate sites in their current versions before upgrading to 4.0 so if there are major problems all the content is safe and still active. 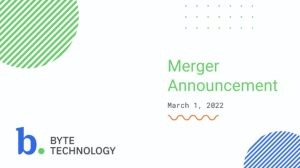 Since 2001 Byte Technology has been your trusted web solutions partner. Now we are your Digital Marketing Powerhouse! Announcing the 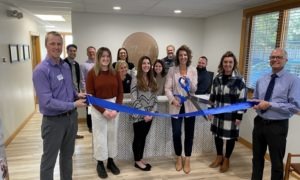 A start-up is the most challenging and rewarding project for a marketing agency. With their business plan in hand, Flourish

Top 10 Reasons to Have a Strategic Marketing Plan